Liverpool assistant manager Pep Lijnders has delivered an update on injured Reds’ ahead of the trip to face Norwich City in the Carabao Cup.

Jurgen Klopp’s side maintained an unbeaten start to the 2021/22 season on Saturday with a 3-0 victory over Crystal Palace.

That result came at a cost however as Spanish midfielder Thiago was forced off with a calf problem.

Speaking at the pre-match press conference, as cited by James Pearce on Twitter, in lieu of the German boss, Lijnders confirmed the 30-year-old won’t feature this week.

Lijnders also confirmed both Trent Alexander-Arnold and Roberto Firmino will be unavailable for the trip to East Anglia but could be ready for the weekend’s clash at Brentford.

One man who will start against Norwich is Curtis Jones, as the 38-year-old coach said that the midfielder will make his 50th appearance for the Reds.

No Thiago for any prolonged period would be a major blow to Klopp’s ranks.

The cultured Spaniard was beginning to show his class in a Liverpool shirt and this untimely injury setback could put a halt on his influence.

As for Tuesday’s lineup, Klopp and Lijnders were always likely to rest and rotate and this could be a chance to catch another glimpse of the talented teenager, Kaide Gordon. 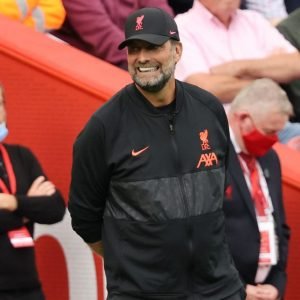 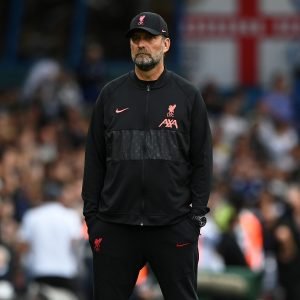