Former Republic of Ireland striker Tony Cascarino has tipped Liverpool forward Roberto Firmino to be the first to leave out of the famed front three.

The Brazilian has played an integral part in the recent successes under Jurgen Klopp as the central figure between Mohamed Salah and Sadio Mane.

As the Reds look to tie down the African wing duo to new contracts at Anfield, Firmino’s future remains in the balance beyond a contract until 2023.

Speaking on talkSPORT, Cascarino, a Liverpool fan, has tipped the 29-year-old to leave Merseyside before the others.

All three of them, Firmino, Salah and Mane have played a high level of football, over a number of seasons. It was who was going to have the knock-on season. I would say Firmino didn’t have the season we know he is capable of – Salah was the best of the three last season. Maybe Jota coming into the club upset the dynamics of the three in some bizarre way because Jurgen played him, at times. He came in and hit the ground running. Certainly one will go, it will be who will be the first one to go? At this moment in time, it looks like Firmino

Currently sidelined with a hamstring injury, Firmino had started against Chelsea prior to the setback.

There is little doubting that the arrival of Diogo Jota from Wolves has had an impact on Firmino’s role in Jurgen Klopp’s plans.

Never a truly natural goalscorer, the creative Brazilian has always been somewhat of a facilitator for those around him.

Albeit still a creative force, Jota’s goalscoring record since arriving has somewhat cast a dim light on Firmino and might lead to further questions over his future.

Valued at £45million and under contract until 2023 (Transfermarkt), if no new contract is forthcoming, a sale could follow as the club remain reticent to lose their star for nothing.

Whilst it will be a sad day when any member of the front three leaves, perhaps the man with the best celebrations in the game is under threat.

Should Liverpool Cash In On Roberto Firmino Next Summer? 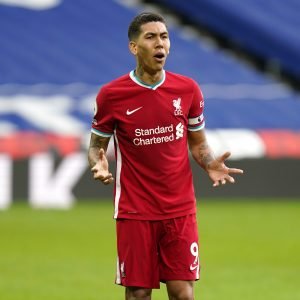 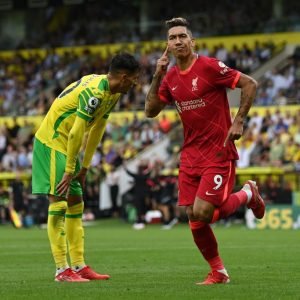