The 26-year-old has been very much on the periphery of matters this season but was handed a rare opportunity to fight for a spot in Jurgen Klopp’s plans with a start against AC Milan last week.

However, having been left out of three Premier League matchday squads, the Belgian’s future on Merseyside remain highly uncertain.

According to a report from Italian outlet Calciomercato, as cited by Anfield Edition on Twitter, a return to France could be on the cards.

The report claims that the side currently sitting in third in the French top-flight are ‘ready to fight’ for the former Lille striker.

Recently, Reds’ boss Jurgen Klopp admitted that he was surprised at the lack of summer interest in the ‘sensational’ Belgian international.

Last season Origi managed just one goal in 17 appearances across all competitions.

Valued at £10.8million and under contract until June 2022 (Transfermarkt), Liverpool certainly have a decision to make over their cult hero.

Often the man for the big occasion in the past, there can be no argument that the ace’s impact has dwindled dramatically in recent times.

Therefore, cashing in as soon as January, perhaps in order to fund a move elsewhere for heavily linked Karim Adeyemi would be the most sensible option for the club to take. 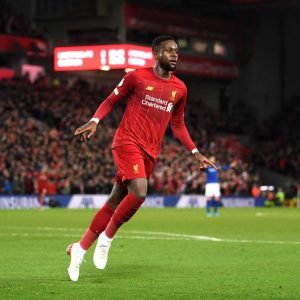