The Guinean ace was replaced at half-time in the Reds’ 3-0 victory in the Carabao Cup last week and subsequently missed the clash with Brentford this weekend.

Initially, manager Jurgen Klopp was unsure of the length of the dynamic ace’s absence.

However, the 26-year-old is back in action and looks to be in contention to feature in the UEFA Champions League for Klopp’s side in Portugal against FC Porto.

Prior to the injury, Keita had made a bright start to the new season – scoring once in six appearances.

The 38 times capped ace has also earned an impressive 7.20 Sofascore rating from four Premier League outings in the process.

His return will come as a welcome boost to Klopp’s ranks ahead of a crunch clash against Manchester City at Anfield on Sunday.

Valued at £28.8million and under contract until 2023 (Transfermarkt), the Guinean captain will be hoping for a prolonged run of fitness in order to finally establish himself in the side and earn a new deal.

Having only been out for a week, Keita could be in line to start ahead of Curtis Jones in Portugal. 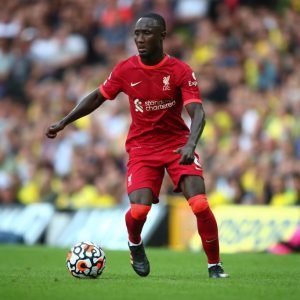 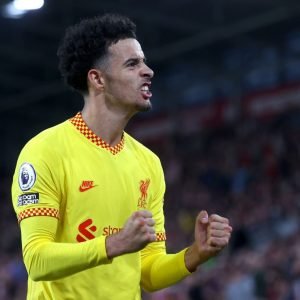