There were contrasting fortunes for international Reds over the weekend as key Liverpool players were involved for their respective nations around the globe.

Portuguese forward Diogo Jota was left out of the squad to face Qatar in a friendly on Saturday whilst Sadio Mane was flourishing for Senegal.

Meanwhile, Scotland captain Andy Robertson provided two assists as Scotland came from behind to earn a crucial 3-2 victory over Israel.

However, Jota remains of huge concern to Liverpool manager Jurgen Klopp ahead of the Premier League trip to face Watford.

Earlier in the week, it was reported that the 24-year-old was a doubt for the clash due to a muscle concern.

It remains to be seen whether Jota will be available to face Luxembourg in a World Cup qualifier on Tuesday (October 12).

With major doubts already hanging over the availability of Brazilian duo Alisson and Fabinho, Klopp will be hopeful Jota can be available moving forwards.

Both recent absentees Trent Alexander-Arnold and Thiago are expected to return to action shortly after the ongoing domestic hiatus, although the Watford clash could come too soon.

Goals and assists for Mane and Robertson will be a huge, much needed, boost to the pair’s confidence ahead of a crucial stage of the season.

In-form superstar Mohamed Salah is expected to be the next international Red in action as Egypt face Libya on Monday.

Is Mohamed Salah The Best Player In The World Right Now? 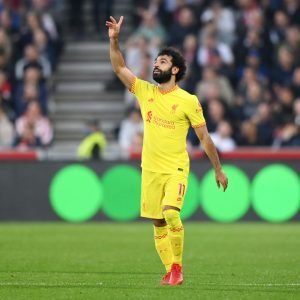