This comes following the attacking midfielder appearing to shrug off a knock to come off the bench and assist the winning goal for England Under 21s.

Jones now looks to be available for the Reds’ trip to face Watford this weekend as Klopp’s side look to return to get back on track after back to back draws.

Speaking to Football Insider, Robinson claimed that the 20-year-old could feature from the start.

It’s a boost that he’s not injured. Klopp will be over the moon because it would have been a big blow if he was injured. Liverpool are light in the centre of the park with Thiago [Alcantara] and [Harvey] Elliott already out. They let Wijnaldum go in the summer and I think it has left them short in that area. Jones has been brilliant since he has come into the team. He has taken his opportunity with both hands. You would expect him to get the nod to start against Watford this weekend.

Prior to the international break, Jones had started two consecutive Premier League games in the absence of Harvey Elliott and Thiago.

Klopp has received a host of fitness boosts this week as both Trent Alexander-Arnold and Diogo Jota look to have fully recovered ahead of the clash at Vicarage Road.

Suddenly Liverpool would appear to have options in selection again.

Despite the likelihood of being without Brazilian duo Alisson and Fabinho as well as Thiago, there is a stronger looking outlook to the travelling squad.

Jones will face competition from Naby Keita for a starting berth as Jordan Henderson and James Milner make up the midfield trio.

Who Should Start Against Watford? 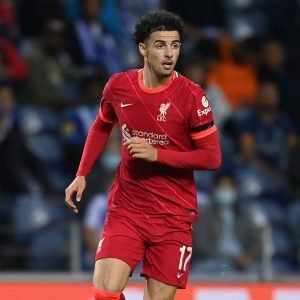 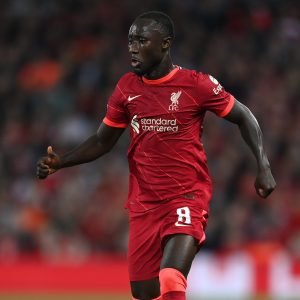