Former Premier League goalkeeper Paddy Kenny has called for Liverpool to bolster the right-back position in the near future.

This comes after regular starter Trent Alexander-Arnold recently missed three matches due to a groin issue.

Central midfielder James Milner was forced to deputise in the 23-year-old’s absence, struggling in the meeting with Manchester City prior to the international break.

Speaking to Football Insider, Kenny suggested Jurgen Klopp must address the dilemma of having suitably backup in all positions.

These big teams playing in these big competitions need competition for all positions. They need a big squad. I’ll be surprised if they don’t strengthen that area, especially after what happened the other week. Milner did look out of his depth a little bit at right-back. He got a bit of a pummeling to be fair.

The 43-year-old did also say it was somewhat of a poisoned chalice when attempting to sign for a position behind a player of the world-class ability of Alexander-Arnold.

Back to fitness for the Reds’ trip to face Watford this weekend, the Scouse full-back will be looking to add to the three assists already achieved this season.

It’s too idealistic to suggest almost any squad could boast world-class options in each department.

Whilst the likes of Neco Williams and Joe Gomez also provide further depth at right-back, none can hold a candle to the £67.50million valued Alexander-Arnold.

Williams himself has spoken of a desire to perhaps move on from Anfield in order to find regular first-team football, further underlining the point.

Perhaps a signing in a similar mould to Kostas Tsimikas on the other side would be the perfect scenario, albeit nigh on impossible to find a high-quality player willing to wait for an opportunity. 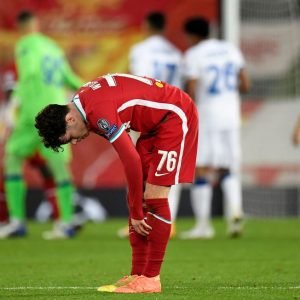 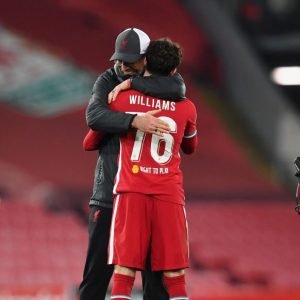