Liverpool are reported to ‘have an advantage’ in the pursuit of Fiorentina striker Dusan Vlahovic.

The Reds have been tipped as one of the main protagonists in the race to sign the 21-year-old, with Manchester City, Bayern Munich and Borussia Dortmund also credited with an interest

Despite the superb form of Diogo Jota, Roberto Firmino, Sadio Mane and Mohamed Salah this season, Jurgen Klopp is expected to shake up the forward options in the near future.

According to a report from Italian newspaper La Nazione, as cited by Get Italian Football News on Twitter, Liverpool are among the leading contenders to land the Serbian as soon as January.

The report states that the Anfield club and City have a ‘clear advantage’ ahead of their European rivals due to holding a healthy financial footing.

This season Vlahovic has scored six times and registered one assist in nine appearances across all competitions.

Signing a striker of the Serbian’s prowess would be a move away from the current modus operandi under Jurgen Klopp.

Valued at £45million and under contract in Florence until 2023 (Transfermarkt), landing the goal machine for the mooted £60million asking price required to ‘immediately secure’ the deal would be a worthwhile expenditure. 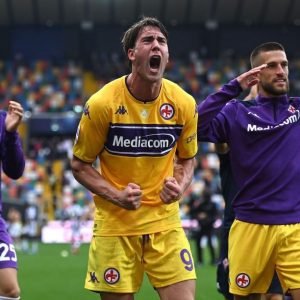 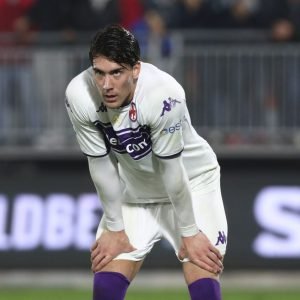