Liverpool are reportedly ‘interested’ in bringing Raheem Sterling back to Anfield in a shock move.

The 26-year-old left Merseyside in controversial circumstances in 2015 for £49million (BBC) and has gone on to be a serial trophy winner at the Etihad.

However, the England star has seen a dramatic reduction in game time under Pep Guardiola and has recently admitted he is ‘open’ to seeking a fresh challenge.

According to Bild journalist Christian Falk (via Sport Witness), as cited by TEAMtalk on Twitter, the Reds are among the clubs keen to take Sterling.

The report also claims that there is interest from Barcelona and Paris Saint Germain in signing the 71-cap ace.

So far this season the winger has scored once and provided two assists in 12 outings – making just five starts in the process.

Given the reception Sterling has received on every return to Liverpool since his departure, this is a potential transfer that would be unwelcomed by the majority of Kopites.

Despite honing an all-around game to another level having left the Reds following 48 direct goal contributions in 129 appearances, Jurgen Klopp is blessed in the wide areas with Sadio Mane and Mohamed Salah.

Given all that has gone under the bridge and the financial costs of bringing the £81million valued winger from a title rival, Liverpool would be best served looking elsewhere for attacking reinforcements.

Would You Welcome Raheem Sterling Back At Liverpool? 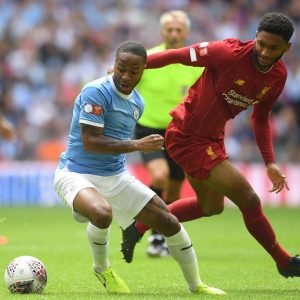 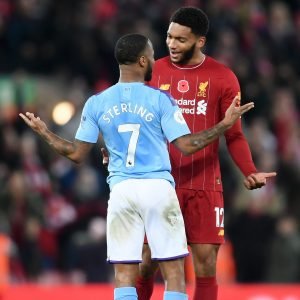