The Frenchman was a surprise inclusion in Jurgen Klopp’s side as the Reds obliterated arch-rivals Manchester United 5-0 at Old Trafford.

Konate has rarely featured since arriving from RB Leipzig for £36million in the summer (Sky Sports) but was a rock alongside Virgil van Dijk in Manchester.

Putting together his weekly BBC Sport Team of the Week, Crooks lauded the 22-year-old powerhouse.

In a game where Liverpool won 5-0 against a top-four contender, his partner Ibrahima Konate was quietly outstanding in what will be remembered as one of the great victories by a Liverpool side at Old Trafford. The French centre-back – signed in the summer from RB Leipzig – is the latest addition to this Liverpool team and fits like a glove.

Defensive partner Van Dijk was named next to Konate as the 30-year-old earned a 7.20 Sofascore rating on a memorable afternoon.

Crooks also included Alisson in the side, hailing the goalkeeper as ‘the best around’ as well as Naby Keita who was as ‘cold as ice’ while giving Liverpool the early lead.

Unsurprisingly, Mohamed Salah was the fifth and final Liverpool inclusion in the team of the week as 63-year-old pundit described the red hot Egyptian as ‘unplayable’ right now.

In truth, the entire Premier League team of the week could’ve been made up by Klopp’s men.

To a player the Reds were in blistering form on an afternoon only marred by injuries to Keita and James Milner.

Crooks is right to single out Konate for praise, especially on just his second Premier League outing in a high pressure environment.

Should Ibrahima Konate Start Against Brighton? 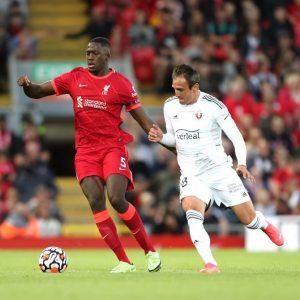 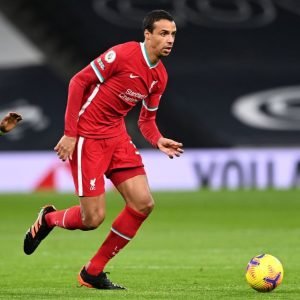