Liverpool centre-back Joe Gomez is reportedly becoming ‘agitated’ over a lack of game time at Anfield.

Instead, Cameroonian defender Joel Matip would appear to have usurped the Englishman in the pecking order whilst Ibrahima Konate was given the nod at Old Trafford on Sunday.

According to a report from 90 Min, as cited by Anfield Edition on Twitter, Gomez is considering a move to enhance his chances of representing England a the World Cup next year.

The report claims the 11-cap star is growing ‘increasingly concerned’ on Merseyside having been repeatedly left out by Gareth Southgate.

So far this season the former Charlton Athletic youngster has made six appearances across all competitions – albeit only playing 12 minutes of Premier League football.

There can be little denying Gomez has seen less than the expected amount of game time this season.

But, considering the severity of the injury and previous setbacks, Jurgen Klopp is perhaps right to be extra cautious with the £27million valued ace.

Supremely talented and with a huge future ahead of him, Klopp will be reticent to allow the defender to leave the club prior to a 2024 contract expiry.

Once among the first names on the teamsheet, there is no doubt Gomez will come again in a Liverpool shirt.

For the time being the London-born ace will likely have opportunities to further prove his value to the squad in the UEFA Champions League group stage, FA Cup and in Wednesday night’s Carabao Cup clash with Preston North End. 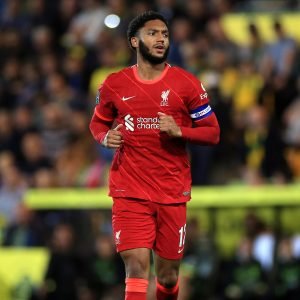 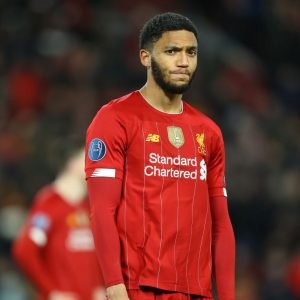