On this day (October 27) in 1999, Liverpool forward Titi Camara netted an emotional winner as the Reds beat West Ham 1-0 at Anfield.

The hosts were without the lethal strike partnership of Robbie Fowler and Michael Owen as the late Gerard Houllier’s side overcame the resilient Hammers.

On what was a poignant evening for the Guinean ace, Camara capitalised on a mistake from a young Rio Ferdinand following a Rigobert Song cross to nod home the only goal of the match.

Camara was mourning the loss of his father, who had died earlier that day. Speaking after the match, Houllier paid ‘special tribute’ to what the then 26-year-old had played though.

On the night Liverpool’s teamsheet boasted such names as Patrik Berger, Erik Meijer and Sander Westerveld whilst Jamie Carragher played 90 minutes as a young Steven Gerrard watched on from the bench.

Now retired, the 38-cap Guinean icon scored 10 times in 37 appearances for the Reds before ironically moving to West Ham in December 2000.

Stunning strength of character from Camara to even play, let alone score the winner after such a traumatic life event.

Although the Guinean’s time on Merseyside was short-lived, he remains a cult hero to Kopites to this day for night’s like this 22 years ago.

Jurgen Klopp will hope there’s a modern-day hero in the ranks tonight as the Reds face Preston North End in the Carabao Cup. 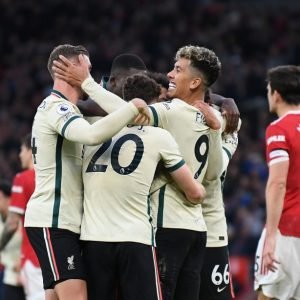 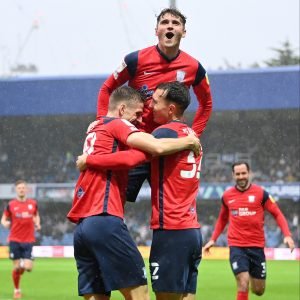