Liverpool have been linked with a move for Bayern Munich winger Kingsley Coman in recent times and may receive a boost in any pursuit.

Bundesliga giants Bayern Munich are reportedly considering cashing in on the Frenchman as he entered the final 18 months of a deal in Bavaria.

Much in the same way Bayern allowed Thiago to leave the club as the Spaniard’s contract dwindled, Coman could be the next man sold before leaving for nothing.

This comes from a report from Spanish outlet AS, as cited by Liverpool FC News on Twitter.

The report claims Bayern are ‘thinking of releasing’ the 34-cap World Cup winner in the summer of 2022 as they eye-up Liverpool linked Karim Adeyemi and Antony as possible replacements.

Coman, described as a ‘great talent’ by Fernando Llorente, has endured a difficult start to the 2021/22 season and recently underwent minor surgery to mend a heart irregularity.

Albeit a trophy-laden career, the 25-year-old Frenchman has been badly hampered by injury throughout his early years.

That said, pulling off a carbon copy of the deal that saw Thiago arrive on Merseyside would be a huge coup for the Reds. 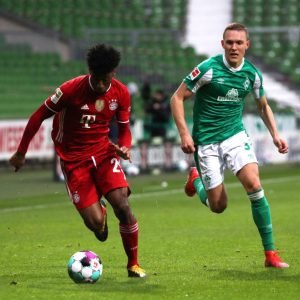 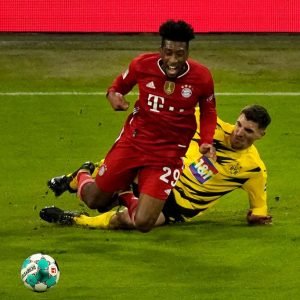