The 22-year-old was a surprise starter at Old Trafford on Sunday as the Reds dismantled their arch-rivals Manchester United in the Premier League.

Previously the Frenchman had been a peripheral figure in Jurgen Klopp’s side having arrived from RB Leipzig in the summer for £36million (Sky Sports).

Speaking to Football Insider, Hutton tipped the centre-back for big things on Merseyside.

He’s a brilliant defender, he really is. I thought it was a great move, bringing him into the club. He’s so young, he’s only going to get better. Probably a player that Jurgen Klopp knows a lot about. For someone so young, playing alongside Virgil van Dijk is only going to help you. You’re only going to become a better player in time. That was a big test for him. You’re playing at Old Trafford against a team that have got a lot of attacking talent. I thought he was outstanding. Playing at that level so young, there’s room for improvement.

Konate helped Klopp’s side to earn a clean sheet with a 7.20 rated display consisting of one tackle, eight clearances and two accurate long passes (Sofascore).

Like many of Liverpool’s recent signings under Klopp, the £31.5million valued Frenchman has been eased into life as a Red.

Albeit thrown into the deep-end at Old Trafford, Konate coped with the occasion and Kopites can be rightly excited by the prospect.

Already an experienced France Under 21 international, there looks to be an extremely bright future ahead for the powerful central defender.

Should Ibrahima Konate Start Against Brighton? 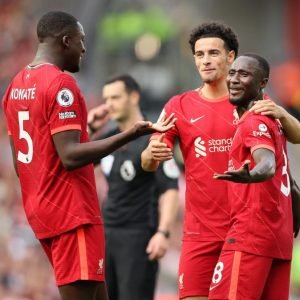 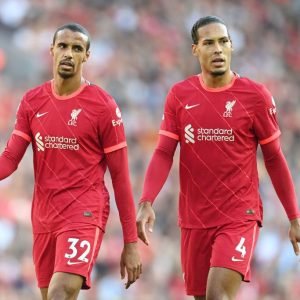