Liverpool forward Diogo Jota was once again the man on the spot to hand the Reds an early lead against Atletico Madrid on Wednesday night.

The 24-year-old Portuguese ace has so often been in the right place at the opportune moment during a superb Anfield career to date.

In the aftermath of the victory, Jota stated that it was ‘Job done’ on Instagram and Twitter.

Fresh off the back of his own brace in Sporting’s 4-0 victory over Besiktas, the 23-year-old simply replied with ‘Diogoal’ – somewhat of a nickname for his compatriot.

Time for agent Diogo to go to work it would seem.

Both men are likely to be named in the Portugal squad for upcoming World Cup qualifiers and Jota may be discussing life on Merseyside.

Equally adept in a variety of attacking positions, signing the Portuguese star and friend of Jota would be a worthwhile acquisition. 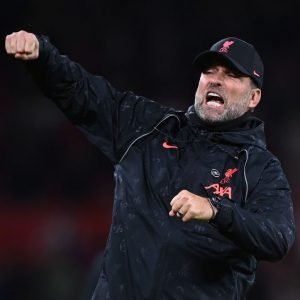 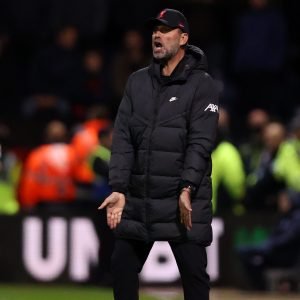