Liverpool have been extensively linked with a move for teenage Fulham sensation Fabio Carvalho in recent weeks.

The Reds are believed to be among the leading contenders to prise the 19-year old away from Craven Cottage as his contract heads towards the final six months.

Now according to a report from the Daily Mail, as cited by LFC Transfer Room on Twitter, super-agent Jorge Mendes is attempting to make the switch to Anfield a reality.

The report claims that the man involved in moving Diogo Jota from Wolves to Merseyside is now keen on seeing Carvalho join Jurgen Klopp’s side.

This season the England youth international has scored three times and provided one assist in seven Championship appearances.

Liverpool already boast a commendable track record when landing talented teenagers from Fulham and will be hoping Harvey Elliott can be a guiding light for the starlet.

Predominantly an attacking midfielder, Carvalho has played in a variety of positions across the final third and would offer a fresh option to Klopp for the second half of the season.

Although it is unlikely the Portugal-born wonderkid would be Premier League ready immediately, bolstering the squad with players capable of making an impact could be the difference between a successful season or otherwise.

Likely to be available at a cut-price fee in January, Liverpool should waste no time in bringing the teen to Anfield. 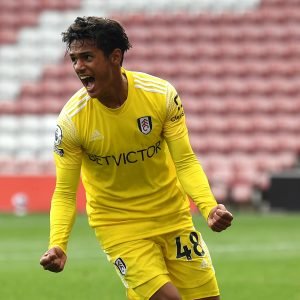 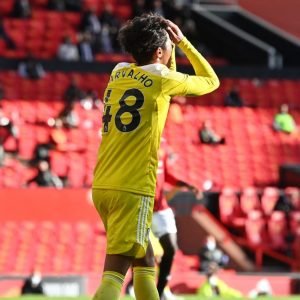