The Reds are being billed as the ‘main competitor’ to Barcelona for the signature of the 23-year-old.

Olmo has gained a burgeoning reputation across the continent with his performances for club and country over the last 18 months.

Now according to a report from Catalan based El Nacional, as cited by Anfield Agenda on Twitter, Liverpool and Barcelona are set to battle for the Spaniard.

The report claims that Jurgen Klopp wants to bring the 18-cap Spain ace to Merseyside ‘no matter what’ and the club are readying an ‘almost irresistible contract’ offer.

Olmo – who was hailed as ‘outstanding’ by Julian Nagelsmann – missed much of the early season due to a muscle injury has only recently returned to the fold in Germany.

Valued at £45million and under contract until 2024 (Transfermarkt), signing the versatile Spaniard for the mooted £42million asking price would represent exceptional value for money.

Liverpool under Klopp have developed a penchant for improving players into stars and the versatile ace is another who would appear to have all the makings of a top player in waiting.

Capable of the sublime and twice named player of the year at Dinamo Zagreb, bringing Olmo to Anfield – perhaps as a replacement for Alex Oxlade-Chamberlain – would be a superb coup. 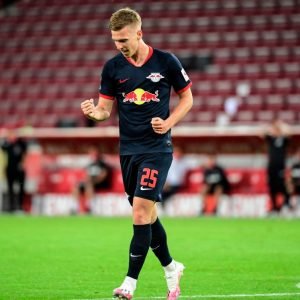 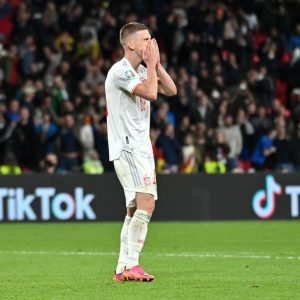