This comes as the Reds continue to be linked with a move for the 24-year-old forward.

Jurgen Klopp is expected to bolster the attacking ranks at Anfield as the fabled front three all reach their thirties.

Speaking to Football Insider, Campbell suggested that whilst the Brazilian should consider his likely squad role, rejecting a move to Merseyside is a difficult task.

I’m sure he won’t want to go anywhere as an impact sub. Liverpool is a massive draw for him, of course it is. But, he is playing every week at Leeds. That is always the problem when you are a club like Liverpool. It’s hard to keep all of these players happy if they are not playing regularly. They’ve got four players at the top end of the pitch now. They are all top-quality as well. Where does Raphinha fit in? It is a tough one. Klopp wants to have a strong squad and Raphinha would certainly strengthen it. I just struggle to see where he fits in.

Capped on five occasions by Brazil in recent times, Raphinha has scored five goals in 10 league outings this season – earning a superb average Sofascore rating of 7.26 in the process.

Valued at £28.8million and under contract until 2024 at Elland Road (Transfermarkt), prising the skilful Brazilian out of Leeds will likely be an expensive mission.

Having already proven his Premier League prowess in Yorkshire, Klopp is right to cast admiring glances in Raphinha’s direction.

Boasting a wide range of attacking attributes, the major stumbling block looks to be a positional clash with a certain Mohamed Salah.

Whilst neither man is likely to willingly act as an understudy, Liverpool fans have long since bemoaned a lack of strength in depth – therefore, the two dovetailing and offering additional options is a welcome prospect.

Should Liverpool Pursue A Move For Raphinha? 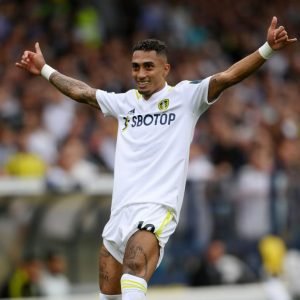 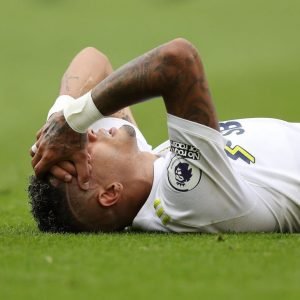