The 23-year-old Senegalese ace was extensively linked with a move to Anfield prior to the arrival of Diogo Jota in 2020.

“With Liverpool we were at the stage of signing the contract. Everything was set, the salary and the length of contract. I even asked Sadio Mané to find him an apartment. But in the end, the club could not put €40m on the table to finalise the deal." pic.twitter.com/AbWg7sMUZe

However, it would appear that the admiration from Jurgen Klopp and co hasn’t dwindled as the German manager considers strengthening the attacking ranks.

That is according to a report from Calciomercato claiming Liverpool remain keen on bringing the versatile forward to Merseyside.

Capped on 34 occasions as an international teammate of Sadio Mane for Senegal, Sarr was described as ‘fantastic’ by Kop legend John Barnes.

Back in the top flight following a superb one-year hiatus in the Championship, the Senegalese ace has scored five times in 12 Premier League outings this season.

Signing an additional forward option should be at the forefront of Klopp’s mind.

Albeit the likes of Jota, Mane, Mohamed Salah and Roberto Firmino continue to produce the goods, attention should be turning to the next in line to the throne.

In an ideal world, an addition would be found in January to cover for Salah and Mane’s AFCON participation – a competition Sarr is also likely to be heavily involved in.

Valued at £24.3million (Transfermarkt) and capable of playing across the frontline, Liverpool should be chomping at the bit to move for the pacey star. 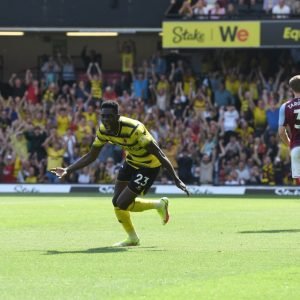 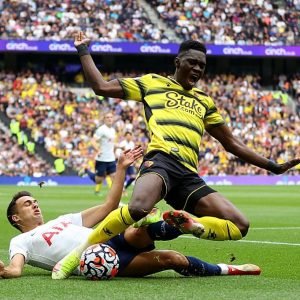