Liverpool forward Diogo Jota was the man of the moment as the Reds swept aside Southampton at Anfield on Saturday afternoon.

The 24-year-old opened the scoring inside the first two minutes as the hosts bombarded their South Coast visitors just as a swirling wind engulfed the Merseyside stadium in a similar fashion.

Jota found the net gain in the first half as a rampant home side ran out eventual 4-0 winners in their L4 fortress.

Although it’s often Mohamed Salah taking the headlines, the Portuguese star is more than proving his worth with a remarkable goal every 119 minutes in the Premier League this term.

When he (Firmino) doesn’t play, Jota plays and he has literally settled quicker than snow, if I am being honest. He has been absolutely brilliant, and he has just carried that on.

So far this season Jota has scored eight and provided two assists in 16 appearances across all competitions.

Jota has been a revelation ever since arriving at Anfield.

Signed as a player with promise having impressed at Wolves, few could’ve predicted the impact the Portuguese forward has made.

Despite arriving predominantly as a winger, much of Jota’s best work as a Red has come in central positions in place of Firmino.

Still some way short of the Brazilian in terms of an all-round package, when it comes to delivering in front of goal, the £40.5million valued man has the edge. 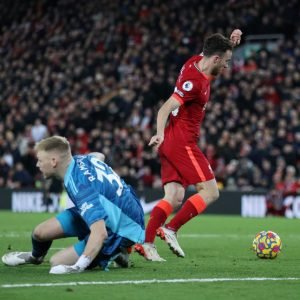 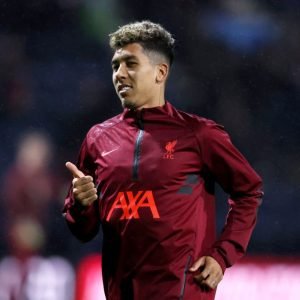