Following a first half packed full of chances for both sides, it took a wonderous moment from the 30-year-old to break the deadlock at Anfield.

This comes in the wake of speculation linking the cultured ace with an early departure from Merseyside and a possible return to Barcelona.

Watching on for Sky Sports, Lennon was in awe of Thiago’s 25-yard strike.

Oh my goodness what a goal! What a finish. Thiago comes onto it on the half-volley and he sends an absolute beauty low into the corner. I cannot tell you how difficult the tariff for this skill is. It is magnificent. [Diogo] Costa, absolutely no chance, he probably couldn’t see it till late.

The sumptuous effort was the 46-cap Spain ace’s first goal of the season having missed 10 matches with a calf injury.

Elsewhere on punditry duty, former Reds striker Michael Owen tipped Alex Oxlade-Chamberlain to get ‘better and better’ for a run of prolonged fitness.

Kopites have been starved of moments of magic such as this from their Spanish star since his eagerly anticipated arrival from Bayern Munich.

Possessing a wand of a right foot, Jurgen Klopp and co will hope that fitness issues are now a thing of the past and Liverpool can bear the fruits of their £20million (BBC) summer 2020 signing.

Is Thiago In Liverpool's Best XI? 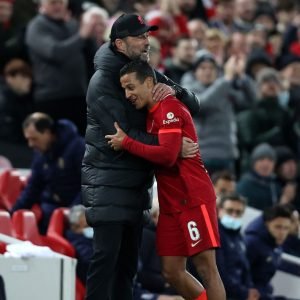 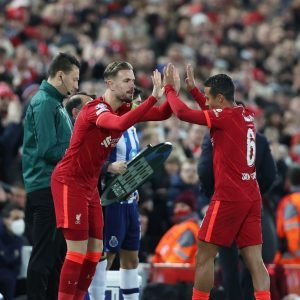