Liverpool youngster Harvey Elliott is reportedly nearing a return to team training as soon as January.

The 18-year-old has been out for almost three months after the attacking midfielder cruelly had a bright start to the 2021/22 campaign cut short at Elland Road.

It had appeared as though a dislocated ankle was set to rule the teenager out for much of the season, however, it now appears there is a far more promising prognosis.

According to a report from The Athletic, as cited by LFC Transfer Room on Twitter, Elliott could be back involved with the squad next month.

❗️If everything continues to go smoothly Harvey Elliott should be given the green light to resume team training at some point in January.. The prospect of having him back available for the final three months of the season is currently deemed realistic.

The report states that the 11-cap England youth international has made ‘rapid strides’ on the road to recovery due to ‘unwavering professionalism and dedication’ during rehab.

Prior to the injury setback, Elliott had started three Premier League matches for the Reds and looked set to play a huge part in Jurgen Klopp’s plans.

What a huge plus this would be for Liverpool going into the business end of the season.

With a February return to action ‘deemed realistic’, Klopp can look forward to having the wonderkid back in contention just as the UEFA Champions League comes back into view.

Valued at £13.5million (Transfermarkt), Elliott has already proven to be ready-made for the top level and Kopites will be hoping the teenager can shine again this term. 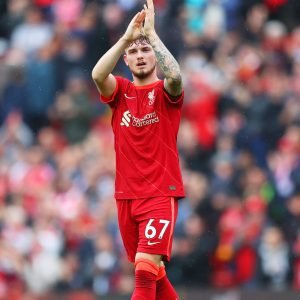 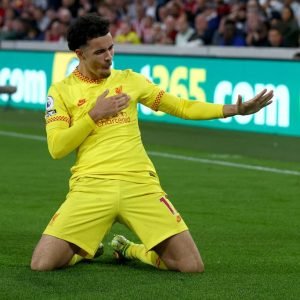