The Reds are believed to be among a host of clubs chasing the 25-year-old ahead of a possible January swoop.

Premier League rivals Arsenal, West Ham and Everton as well as Serie A giants Juventus and AS Roma are all keen on the combative ace.

That’s according to a report from Calciomercato, as cited by Total Football Center on Twitter.

(@cmdotcom)
🚨 Liverpool, West Ham, Everton, Juventus and AS Roma are all interested to sign Borussia Mönchengladbach midfielder Denis Zakaria. He will be available on a potential free transfer next summer due to his expiring contract.#LFC

The report claims that the Bundesliga side ‘urgently needs to generate transfer revenues’ and could sell the 40-cap Switzerland international as a result.

So far this season Zakaria has earned an impressive 6.95 average Sofascore rating from 12 league outings.

Signing an additional central midfielder seemed a no-brainer during the summer when Gini Wijnaldum left the club.

However, the continued early-season emergence of Curtis Jones and Harvey Elliott as well as the fitness of Alex Oxlade-Chamberlain and Naby Keita has gone some way to allay the doubts over depth.

That said, potentially available at a bargain rate in January or for nothing next summer, Jurgen Klopp can’t ignore the £24.3million valued man. 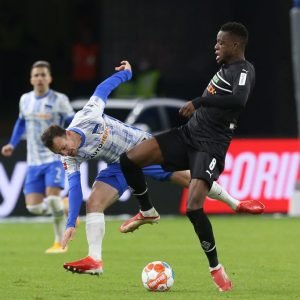 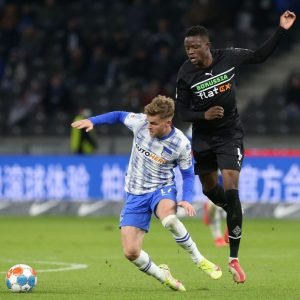