Having received praise from Jurgen Klopp for a pre-season outing as a false nine, it seemed almost inevitable Alex Oxlade-Chamberlain would split Sadio Mane and Mohamed Salah at some stage this season.

Following another 15 minute audition in the position in midweek, the 28-year-old was called upon to fill the role from the outset in the Premier League.

The Liverpool manager turned to the dynamic ace to lead the line in the absence of Roberto Firmino (fitness), Divock Origi (knock) and Diogo Jota (fitness) in the victory over Aston Villa at Anfield.

Whilst it may not be a recognised position in years gone by, ‘complete’ footballer Firmino has mastered the role and now plays ’12 instruments in our orchestra’ according to Klopp.

It’s no slight on Oxlade-Chamberlain to criticise his performance in an unfamiliar role.

Recently the Englishman has been in superb form and may feel hard done by to have lost a place in the midfield trio.

However, this 6.60 rated display (Sofascore) was far from convincing as the ex-Arsenal man seemed drawn deep into a more comfortable driving midfielder role.

As the Reds move onto clashes Newcastle United, Tottenham and Leicester City in quick succession, Kopites will hope Origi, Jota and Firmino are ready to go.

Does Alex Oxlade-Chamerlain Deserve Another Chance As A False Nine? 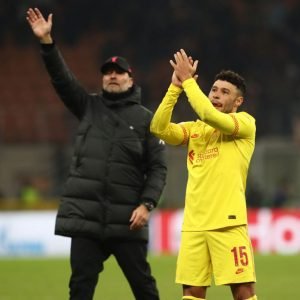 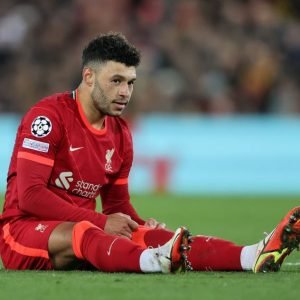