The 18-year-old continues to attract major attention from across Europe following a host of impressive performances.

Now, Voller has told German outlet Bild that the attacking midfielder should stay at the BayArena for the foreseeable future at least.

Not only because of the contractual situation – also because of the trust we have built-in him and his family, we know that he will be in good hands here for a few more years. At some point, maybe that day will come and this club will be too small for Florian, similar to Kai [Havertz]. But that will still take a while. [My] wish is that Florian will stay with us for a few more years. That is important for us and for the whole of the Bundesliga and I think it’s his plan too.

Previously the same outlet has claimed Leverkusen wouldn’t sell the four-cap Germany starlet until 2023 and will demand €100million (£84million).

So far this season the man once described as ‘extremely talented’ by Peter Bosz has scored eight and provided 11 assists in 21 appearances across all competitions.

Signing the talented Wirtz would be an outstanding piece of business from whichever club pulls it off.

Supremely talented and already thriving at the elite level despite his tender years, the former FC Koln youngster looks primed to perform at the top table for many years to come.

Despite possessing plenty of quality, Jurgen Klopp’s midfield department is an ageing one outside of Harvey Elliott, Tyler Morton and Curtis Jones.

Therefore, whenever the time comes, Liverpool should be at the front of the queue to bring the £63million valued ace to the Premier League.

Should Liverpool Go All Out For Florian Wirtz? 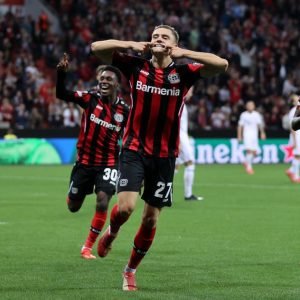 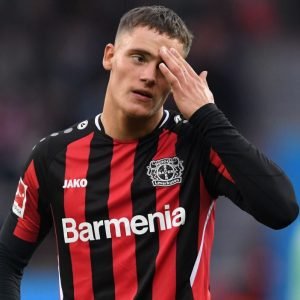