Despite falling behind to their League One visitors, Jurgen Klopp’s side went through the gears to eventually cruise into the fourth round.

The prize for qualification is another home tie with Championship side Cardiff City.

After the match, perhaps unsurprisingly it was 17-year-old Gordon receiving plenty of plaudits on social media in the wake of a cooly taken goal and impressive all-round display.

Kaide Gordon with his first professional goal at 17 years of age.

Unreal composure from our promising talent.

What a moment for Kaide Gordon in front of the Kop! Phenomenal composure.

Kaide Gordon. Academy gold if ever there was one

That was a tidy finish from Kaide Gordon by the way

Kaide Gordon becoming the second youngest goal scorer in Liverpool is the exact kind of passion I love to see from young players at such an elite club, he’s a true talent and deserves all the praise. #NextSalah

This season the former Derby County academy prospect has now scored three times and provided two assists in 14 appearances across all competitions at senior and youth levels.

The calmness and composure in which the teenager finished off his goal can only be compared to that of Mohamed Salah in a Liverpool shirt.

Time seemingly stood still for a brief moment as Gordon slotted the ball home despite major attention from three defenders.

That moment, alongside numerous other signs of talent, proves that the teen could be ready for further first-team exposure in the coming weeks as Klopp learns to live without Salah.

Albeit perhaps not quite ready to fill those illustrious boots just yet, the Reds certainly seem to have acquired a hot prospect in the £900,000 valued starlet. 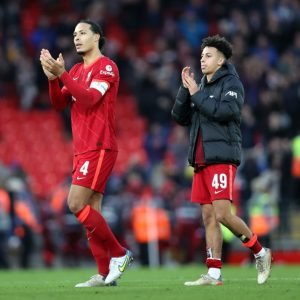 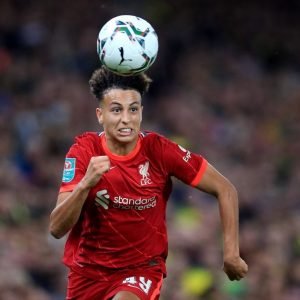