Liverpool have been tipped to present a ‘very tempting’ offer to Real Madrid midfielder Toni Kroos.

The Reds have been tentatively linked with a move for the 32-year-old previously and could be set to finally make their move.

Despite now being in the twilight of an illustrious career, the German star showed Jurgen Klopp’s side his unerring quality in the UEFA Champions League last season.

Now a report from Spanish outlet El Nacional has claimed that the Anfield club may attempt to bring Kroos to Merseyside.

The report states that Jurgen Klopp would be ‘delighted’ to work with the 106-cap World Cup winner and is ‘very serious’ about the possibility.

This season Kroos – described as ‘one of the biggest talents in German football’ by Klopp – has earned an outstanding 7.71 Sofascore rating from 14 La Liga outings.

Valued at £22.5million and out of contract at the Bernabeu in 18 months (Transfermarkt), paying the mooted £25million to land the experienced ace would be a shrewd move.

Albeit the midfielder has now amassed a staggering 628 career appearances and is somewhat in the latter stages of a trophy-laden football life, Kroos is showing little sign of slowing down.

Having remained relatively injury-free, the German still presents a viable option at the right price for Liverpool to bolster their midfield department. 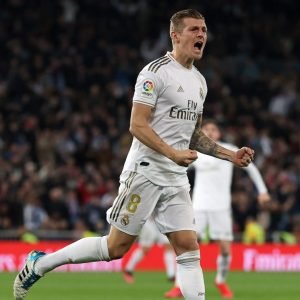 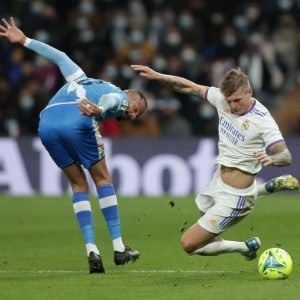