Liverpool were left frustrated by their own lacklustre showing as the first leg of the Carabao Cup semi-final against Arsenal ended goalless.

The Reds were seemingly handed a huge advantage midway through the first half when Granit Xhaka was dismissed for bringing down Diogo Jota.

However, fresh off an enforced break due to Covid-19, Jurgen Klopp’s side were unable to capitalise as a disjointed performance unfolded.

Perhaps the only clear cut chance of the night fell to Takumi Minamino late on, but the Japanese forward blazed an effort over the bar and into the Kop – causing a wide range of reactions on social media.

"That sums up Liverpool's night!"

Takumi Minamino is faced with an open goal and but can only fire the ball into the back of The Kop! pic.twitter.com/VlbppxbYdM

Minamino just blasts the ball over the bar from an open net. Embarrassing.

That's an horrendous miss by Minamino.

This season the 26-year-old has scored five times and registered one assist in 15 appearances across all competitions – including the late equaliser against Leicester City in the previous round.

Not a good night’s work from almost all involved.

Whilst few came away with any credit from what was a below-par display, Minamino’s forgettable miss will go down as the glaring low point.

On what was billed as a big opportunity for the £10.8million valued man to shine in the absence of Sadio Mane and Mohamed Salah, unfortunately, it would appear that the Japanese ace may have passed up the chance to make a statement.

Does Takumi Minamino Have A Future At Liverpool? 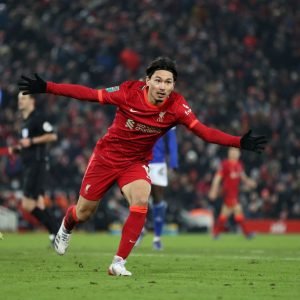 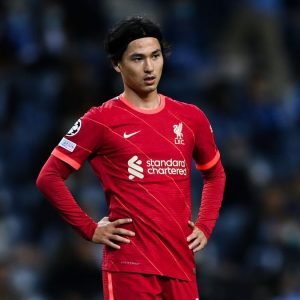