The 24-year-old is believed to be among the leading candidates to arrive at Anfield as Jurgen Klopp looks to bolster the attacking options in the squad.

Despite continued contributions from Mane, the Senegalese ace has suffered regular dips in form over the last 18 months.

According to a report from Spanish outlet Fichajes, as cited by ThinkLFCTV on Twitter, Nkunku could be the man to provide an alternative option.

The report claims that the six-cap France Under 21 international is ‘on the club’s radar’ alongside Arnaut Danjuma, Luis Diaz and Jeremy Doku.

This season Nkunku – once described as having ‘no weaknesses’ by Jesse Marsch – has scored 17 times and provided 12 assists in 27 appearances across all competitions.

Valued at £49.5million and under contract in Germany until 2024 (Transfermarkt), signing the former PSG man would be an expensive proposition for the Reds.

However, with just 16 months remaining on a deal and recent performances under the spotlight, Mane’s future has never seemed less secure than right now.

To replace a player of the Senegal star’s quality will cost big money and Nkunku’s attributes would make the Frenchman an ideal candidate.

Albeit perhaps not a like for like successor in a positional sense, the added versatility offered by the attacking midfielder would be a major boost to Klopp’s squad. 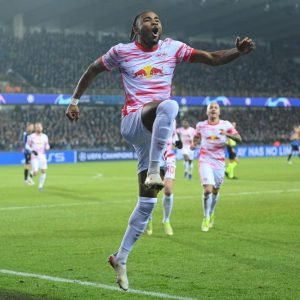 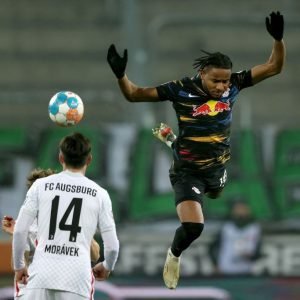