Liverpool have reportedly put an ‘offer on the table’ for Paris Saint-Germain starlet Ismael Gharbi.

The 17-year-old attacking midfielder has previously been linked with a move to Chelsea but the Reds are now believed to be in the picture.

That’s according to French journalist Fabrice Hawkins on Twitter, who claims that the Anfield club have made their move.

Translated, Hawkins states that Liverpool ‘want’ the twice-capped France Under 18 ace and have their ‘proposal is on the table’ for the signing.

Having made a senior bow in August 2020 as the Parisian giants were beaten by Lille in the Trophee Des Champions, Gharbi has since made two further first-team appearances.

Valued at £720,000 and out of contract at the end of the season (Transfermarkt), the teen is said to be ‘disappointed’ with a paltry 43 minutes of action under Mauricio Pochettino this season.

So far in a fledgling career, Gharbi has operated as a right-winger for the French capital club and could be viewed as a long-term successor to Mohamed Salah.

Highly rated by officials, the manager of Paris Saint Germain FC II, Hervé Guégan, described the attacker as having a ‘real sensitivity’ to his style of play.

Liverpool have developed a penchant for signing talented youngsters in recent years in the shape of Harvey Elliott, Kaide Gordon and Marcelo Pitaluga – Gharbi could be the next in line. 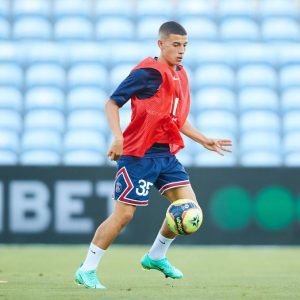 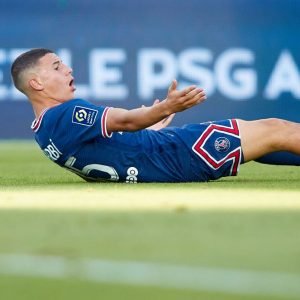