It’s widely anticipated that the 24-year-old will be the subject of interest as the January transfer window enters the last few days.

Having stepped in to rescue the Reds’ in 2020/21, Phillips has returned to a watching brief for much of this campaign.

According to a report from the Daily Mail, as cited by Matt Thielen on Twitter, relegation-threatened Newcastle could make a late swoop for the centre-back.

Newcastle United have opened talks with Liverpool for Nat Phillips. The Liverpool defender is seeking a transfer away from Anfield and open to the move. #LFC [@MailSport] pic.twitter.com/Bv0jR3Ew0j

The report claims that the North East outfit could turn to Phillips should their pursuit of Sevilla ace Diego Carlos fail.

Eddie Howe’s side will hope to agree on a ‘loan deal with an obligation to buy’ the Englishman if relegation can be avoided.

This season Phillips has made just four appearances across all competitions for Jurgen Klopp’s men.

Valued at £7.2million and under contract at Anfield until 2025 (Transfermarkt), Liverpool are certainly in no rush to sell their man.

However, given the likelihood of little to no first-team action in the second half of the campaign, the club would be wise to accept bids of anything around the £15million asking price.

Already experienced in the Premier League and indeed UEFA Champions League, Newcastle could do much worse than shelling out for the Bolton-born ace. 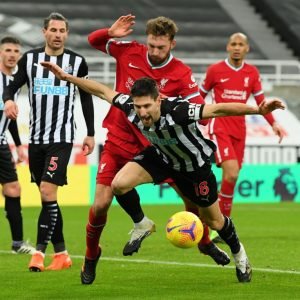 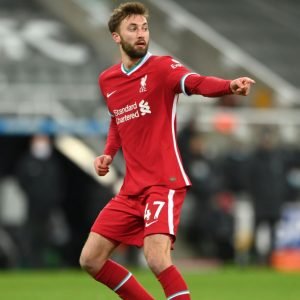