Liverpool have long since been reported admirers of Borussia Monchengladbach midfielder Denis Zakaria.

The Reds are perennially linked with the 25-year-old and could finally be about to land the Switzerland international.

Despite reputable journalist Fabrizio Romano ruling out the switch during the January transfer window, a report elsewhere has claimed Zakaria will arrive on Merseyside.

Denis Zakaria. FC Bayern and B. Dortmund are pushing. Man United had talks with agents but have not submitted any proposal, Liverpool won’t sign him in January. Premier League move seems unlikely. 🔴 #LFC #MUFC

Juventus want him but Borussia ask for €7m to sell Zakaria in Jan. pic.twitter.com/4D9bPsSRL0

According to Spanish outlet El Nacional, Liverpool have lined up a move for the defensive midfielder as a free agent in the summer.

The report claims that ‘everything indicates’ the 40-cap star will join the Anfield club at the end of the season amidst interest from Real Madrid, Juventus, Chelsea, Bayern Munich, Borussia Dortmund and Barcelona.

This season Zakaria  – who was described as ‘enormously valuable’ by Gunter Netzer – has earned a 6.88 Sofascore rating from 16 Bundesliga outings.

Valued at £24.3million (Transfermarkt), signing the combative Swiss ace for free – albeit with a likely lofty salary – would be a superb coup.

Equally adept at operating in a defensive capacity and in a box to box role, Zakaria would be the ideal candidate to bolster Jurgen Klopp’s midfield options.

With question marks still hanging over the long term fitness of Thiago and Naby Keita, coupled with James Milner’s impending retirement, a capture of this ilk would be a huge boost.

Strong in all the crucial facets, Zakaria looks to be a no-brainer for the club – in particular without the concern of paying a fee. 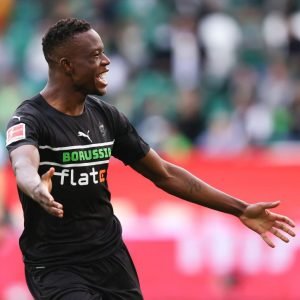 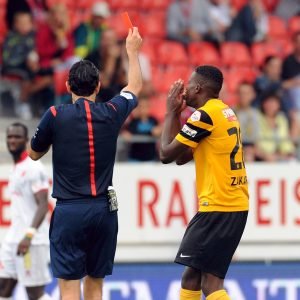