The 18-year-old has been sidelined since suffering a dislocated ankle against Leeds United back in September.

Having made a successful return to training in recent weeks, the attacking midfielder is expected to be involved in the Reds’ FA Cup fourth-round tie at Anfield.

Speaking to Football Insider, Campbell said it would be a welcome sight to see the teenager back in action.

It would be amazing if Elliott makes his return this weekend. It would bring the feel-good factor to Anfield. The Liverpool fans cannot wait just to see him back out on the pitch. He’s a quick healer. He’s done well to come back so quickly from a horrendous injury. I think he could start this weekend. At the very least, I think he will on the bench. He will get a rapturous reception when he does come back, that’s for sure. I can’t wait to see this gifted young man get his career back on track.

During the recent international break, Elliott scored and assisted two goals in a behind closed doors friendly against Wrexham.

Prior to suffering the horrific injury, the ex-Fulham academy starlet had started three consecutive Premier League matches on the advanced right on a midfield trio.

Whilst it’s unlikely the £13.5million valued star will make it through a full 90 minutes, getting key names back ahead of the business end of the season is a huge plus for the Reds and their tilt at trophy glory.

Not alone may Jurgen Klopp welcome back Elliott into the fold, but there may also be the prospect of Thiago and new signing Luis Diaz featuring. 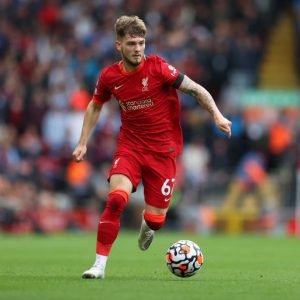 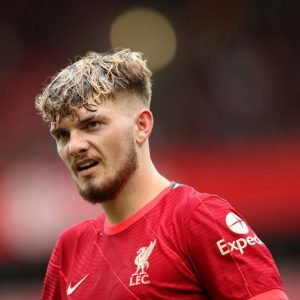