The 26-year-old midfielder is expected to sign a new deal to remain in Bavaria, but the Reds and Manchester United are believed to be watching on with interest.

Spanish giants Real Madrid and Barcelona are also attentive to the situation of the ace with 14 majors honours including two FA Cups at Arsenal.

According to a report from Sky Germany, as cited by The Transfer Exchange Show on Twitter, Liverpool are keen on the German international.

Manchester United and Liverpool are both keeping tabs on Bayern Munich winger Serge Gnabry amid a contract stand-off between the German club and the 26-year-old, with Barcelona and Real Madrid also interested. [Sky Germany] #Barca #HalaMadrid #MUFC #LFC pic.twitter.com/p70Z2qPsbE

The report claims that the Anfield club are ‘lying in wait’ should the 31-cap ace fail to agree to a new deal at Bayern.

This season Gnabry – once described as an ‘extraordinary player’ by Julian Nagelsmann – has scored 12 times and provided eight assists in 28 appearances across all competitions.

Valued at £63million and under contract in Germany until 2023 (Transfermarkt), it’s clear to see why Bayern would be desperate to tie down their versatile attacker.

Capable of playing across numerous positions in the midfield and frontline, Gnabry would be a superb acquisition to bolster Jurgen Klopp’s squad.

Boasting a plethora of impressive attacking attributes, if no new deal is on the horizon this summer then Liverpool should go big on the German. 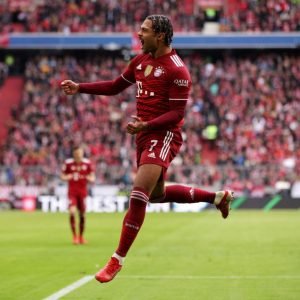 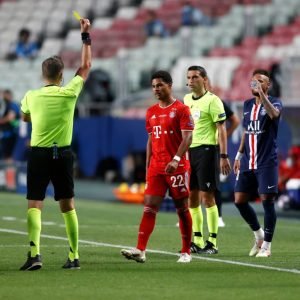