Liverpool have once again been linked with a move for Barcelona starlet Gavi following an ‘explosion’ onto the senior scene.

The 17-year-old has become a regular for Xavi’s side as well as the Spanish national team over the last 12 months.

This rapid rise to prominence has caused a stir in European football as the Reds and Chelsea now pay serious attention to the midfielder.

That’s according to the latest report from Mundo Deportivo (via Sport Witness), as cited by Absolute Chelsea on Twitter.

The report backs up a plethora of previous links and suggests that the form of the four-cap Spain ace plus an attainable release clause will ‘invite the big clubs to tempt him’ this summer.

This season Gavi – hailed as ‘incredible’ by Roberto Mancini – has scored twice and registered three assists in 28 appearances across all competitions.

Valued at £36million and under contract at the Camp Nou until 2023 (Transfermarkt), signing the mooted €50milion (£41.9million) release clause would be an extraordinary piece of business.

Unsurprisingly, Barcelona are desperate to tie down their versatile starlet further as the interest ramps up.

Having already stocked the Liverpool squad with talented youngsters such as Harvey Elliott, Curtis Jones, Kaide Gordon and Tyler Morton, adding the impressive Spanish teen to the ranks would be a no-brainer for Jurgen Klopp.

Should Liverpool Pay £41.9m For Gavi? 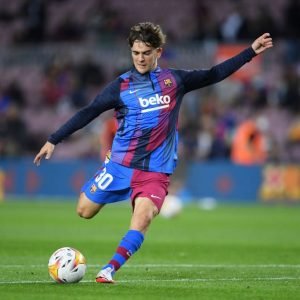 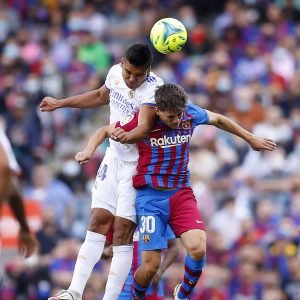