The Reds have previously been linked with the 22-year-old prior to a switch to the Ligue 1 club.

Now, as Arsenal, Inter Milan, Paris Saint-Germain, Arsenal and mega-rich Newcastle United join in their admiration, hopes could also have been boosted by a financial crisis at the French champions.

Huge news of major financial consequence for Lille – the Court of Arbitration for Sport is ordering the French club to pay Sporting Portugal €20m as part of a long-term dispute over Rafael Leão. More follows.

According to a report from Jeunes Footeux, Liverpool remain keen on the Canadian forward.

Capped 27 times at the senior level by the Canucks Les Rouges, David has netted a remarkable 20 goals at the international level.

So far this season the man described as an ‘ice cold’ finisher by David Hernandez has scored 16 in 33 appearances across all competitions.

Valued at £45million and under contract in France until 2025 (Transfermarkt), signing the exciting youngster for a mooted €60millon (£49million) would be a superb piece of business.

Already performing at a high level for club and country, David possesses the ability to play as a second striker and as an attacking midfielder – traits that would make the Canadian the ideal successor to Roberto Firmino.

Still raw and with plenty to learn, Jurgen Klopp would no doubt relish the chance to work with David and add to the star’s attributes.

In the meantime, Liverpool fans can see the linked man in action when Lille take on Chelsea in the UEFA Champions League. 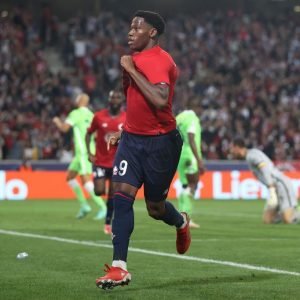 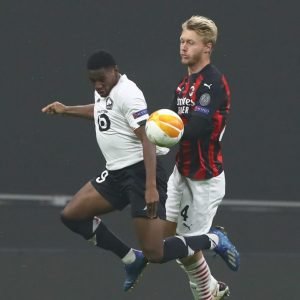