Liverpool are reportedly one of the clubs interested in Championship starlet Djed Spence.

The 21-year-old has attracted the attention of the Reds as well as Arsenal and Tottenham.

Currently enjoying a superb spell on loan at Nottingham Forest from Middlesbrough for the remainder of the season, the attack-minded right-back has been catching the eye.

According to a report from the Northern Echo, as cited by Anfield Edition on Twitter, Liverpool are taking a close look at the youngster.

The 21-year-old has impressed on loan at Nottingham Forest this season and could be available for around £15m. [@TheNorthernEcho] pic.twitter.com/csZ59sWSiD

The report claims that the Premier League title-chasers have been ‘touted as potential suitors’ for the £15million rated ace.

So far this season Spence – once hailed as ‘outstanding’ by ex-Red Stephen Warnock – has scored twice and provided another two assists in 31 appearances across all competitions.

Under contract in the North East until 2024, signing the London-born full-back for the mooted £15million would perhaps be over the odds.

Valued at just £2.25million by Transfermarkt, Liverpool would likely be looking for a reduction in asking price, particularly given the possibility of complications for Boro’ regarding Financial Fair Play Regulations.

Capable of playing down the entire right-hand side and with a range of attacking strengths, Spence would certainly be suited to the Reds’ style from wide areas. 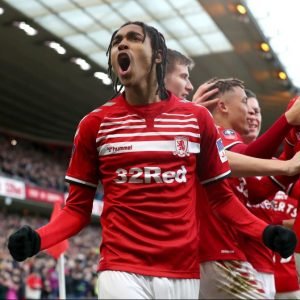 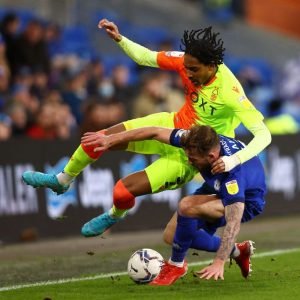