Liverpool have been recently linked with a move for highly-rated PSV Eindhoven forward Cody Gakpo.

The 22-year-old is a sought after commodity in Holland having enjoyed a rapid rise to prominence in the last 18 months.

Both the Reds and Premier League title rivals Manchester City are believed to be keen on signing the attacker in the summer.

Now, teammates of the Dutch starlet, Armando Obispo and Jordan Teze, have told Voetbal International that they are ‘very proud’ of Gakpo.

Of course, that makes us very proud. To be honest, I did expect that he would become so good, but not that his development would go so fast that he could already show it at the Dutch national team. But we are on the pitch with him every day; we know what Cody can do.

Teze added: “Cody is having a good season, and we still have some way to go. There are good things coming for him. It’s great that his name is being linked with big clubs like Manchester City and Liverpool. That’s an example of how we want it in the end.”

So far this season Gakpo has scored 13 times and provided another 13 assists in 33 appearances across all competitions.

Valued at £19.8million and under contract in Holland until 2026 (Transfermarkt), signing the talented forward would be an affordable venture for the Reds.

Already capped four times by the Dutch senior side, Gakpo would be a superb addition to an ever-burgeoning young squad under Jurgen Klopp.

Predominantly operating from the left wing but with the ability to play central and from the right-hand side, it’s clear to see why Liverpool would be interested and a summer move would certainly be welcomed. 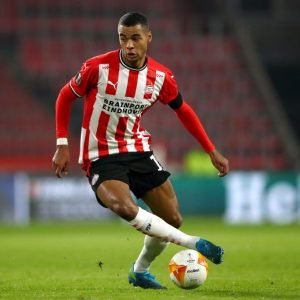 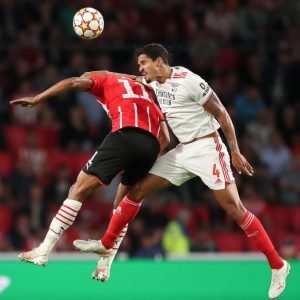