Liverpool are reportedly interested in Real Sociedad striker Alexander Isak ahead of the summer transfer window.

The 22-year-old starlet has been perennially linked with a move to the Premier League previously and it appears the upcoming window will be no different.

Arsenal, Manchester United and the Reds are believed to be keen on the Sweden international.

That’s according to a report from The Sunday Mirror (13/03, p67), as cited by LFC Transfer Room on Twitter.

❗️𝙉𝙀𝙒: #Arsenal face a tough battle to sign #RealSociedad striker Alexander #Isak with #Liverpool looking at signing the forward in a deal worth £60M. #ManUnited are also hoping to secure him this summer.

The report claims that the La Liga outfit would be looking for around £60million for the 31-cap frontman.

So far this season Isak –  dubbed the ‘new Zlatan Ibrahimovic – has scored eight times and provided three assists in 32 appearances across all competitions.

Valued at £36million and under contract in Spain until 2026 (Transfermarkt), signing the Swede for the mooted asking price would be slightly over the odds.

However, undoubtedly a precocious talent, Isak is only going to improve and add to an already impressive repertoire of assets.

A centre-forward with the ability to link play affectively from a deeper role, at 6’3 the Swedish youngster would provide a new option for Jurgen Klopp’s side whilst also being able to succeed in the role held so outstandingly by Roberto Firmino. 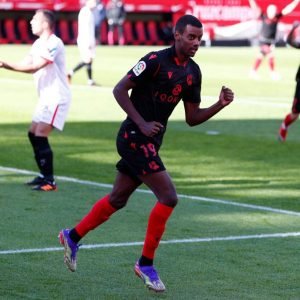 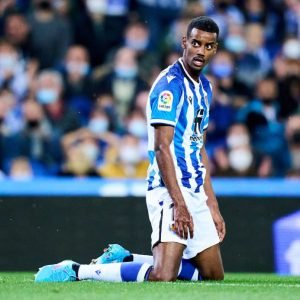