The 20-year-old was linked with moves away from Bayer Leverkusen last yeah but he decided to stay with the club for one more season as he was keen to represent them in the Champions League.

However, he reportedly held talks with both Liverpool and Manchester United last month about a possible transfer in the summer.

With Adam Lallana set to leave Liverpool at the end of the season, it would make sense for the Reds to be looking at other midfield options and Havertz has been a player they’ve been linked to in the past.

Lallana has featured in 17 games for the Reds so far this season, which is already more than he played in during both of the last two seasons, so if he does leave, the Reds will need to find players to plug the gap left by the England international.

Curtis Jones, who scored the only goal in Liverpool’s win over Everton in the FA Cup earlier this month, could be someone who steps up to play more regular first-team football, but a potential arrival of Havertz could impact his chances.

Havertz is far more experienced than Jones when it comes to playing first-team football. At the age of 20, he’s already played over 100 Bundesliga games, whilst Jones has made just one Premier League appearance so far for the Reds, although he is younger than the German.

As much as it would be great to see Jones get regular minutes for Liverpool next season, if I was given the choice of who I’d rather have in the squad between him and Havertz, I’d go for the German international and as such, I think the 20-year-old would be a worthwhile signing for the Reds if they are able to get a deal done. 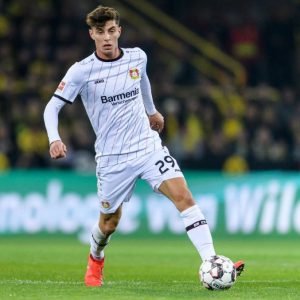 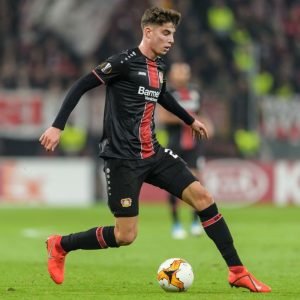