Carlo Ancelotti has confirmed that Yerry Mina, James Rodriguez and Richarlison are all available for Everton’s clash with Liverpool.

The two Merseyside rivals lock horns at Goodison Park on Saturday lunchtime, with the Blues aiming to keep up their 100 percent record and stay top of the Premier League.

Liverpool will have other ideas, however, looking for a big performance after humiliation at the hands of Aston Villa.

Mina, Rodriguez and Richarlison have all been on international duty across the globe, leading to potential doubts over the South American trio’s involvement against the Reds.

Mina was a particular doubt through injury, but he appears to have overcome a thigh issue.

Speaking to the press on Friday, however, Ancelotti confirmed that he had a clean bill of health ahead of the derby:

All the players came back in good condition (from int duty) and are available for tomorrow.

Part of Everton’s success this season has been having a fixed starting lineup, with Ancelotti making just two changes in the first four Premier League matches, when Tom Davies and Gylfi Sigurdsson came in for Allan and Andre Gomes against Brighton.

It looks highly likely that the Italian will be able to field his strongest lineup once more, with Allan and Gomes returning to the midfield and the rest of the team staying the same.

Mina has been a dominant performer at the heart of Everton’s defence, making more interceptions (2.5) than anyone else, while Rodriguez has made an outstanding start to life at Goodison, scoring three times.

Richarlison is a key man in his own right, too, and could give Trent Alexander-Arnold a tough afternoon. 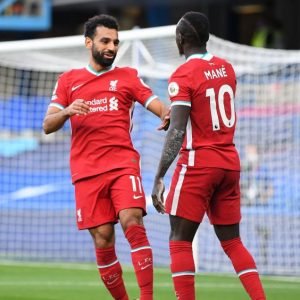 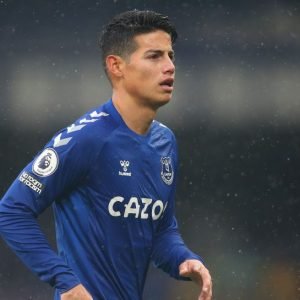