Liverpool have asked to be kept informed of any transfer developments regarding Sevilla striker Youssef En-Nesyri, according to a report from 90min.com.

The report outlines the La Liga club’s plans to offer the Moroccan a new deal in order to stave off suitors from around Europe, whilst claiming that the Reds, as well as arch-rivals Manchester United, have both declared an interest.

En-Nesyri was the top target for West Ham in the January transfer window, when the Londoners had a bid rejected for the 23-year-old. With increased eyes around Europe watching the striker, who has 13 goals in La Liga this season, Sevilla are determined to tie him down with the offer of a bumper new deal.

Recently, Liverpool legend Luis Garcia spoke of his admiration for how the acclaimed finisher has performed this term, describing En-Nesyri as being ‘on fire’.

Having at one stage led Lionel Messi in the La Liga scoring charts, the Moroccan will be on numerous radars this summer, especially should Sevilla fail to qualify for the Champions League.

There certainly seems to be a tipping point on the horizon for Liverpool’s strike force this summer, with ever-increasing noises surrounding Roberto Firmino’s form in particular.

Jurgen Klopp will almost certainly look to add another dimension to his ranks, and En-Nesyri’s meteoric rise will likely have caught the eye. 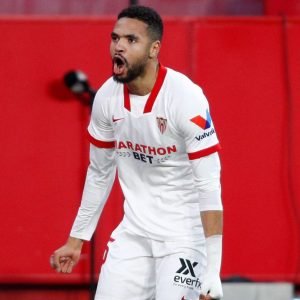 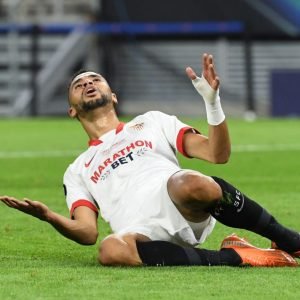