Liverpool are interested in midfield pair Yves Bissouma and Houssem Aouar, according to Goal‘s Neil Jones.

The Reds could be looking for reinforcements in the middle of the park this summer, with Gini Wijnaldum potentially heading to pastures news.

Both players have been linked with moves to Anfield in the past, suggesting they have long been on Liverpool’s radar.

Bissouma and Aouar are very different players, but it is easy to see how both could fit into the Reds’ team.

The former is noted for his defensive expertise, averaging 2.8 tackles per game in the Premier League this season, while the latter is more of a creative force, chipping in with five goals and three assists in Ligue 1 in 2020/21.

As mentioned, Wijnaldum could leave at the end of the season, while James Milner and Jordan Henderson are now in their 30s – Thiago soon will be, too – highlighting the need for younger legs.

Bissouma (24) and Aouar (22) certainly fall into that category and it will be interesting to see if Liverpool make a move for either in the coming months.

Would you rather Liverpool signed Bissouma or Aouar this summer? 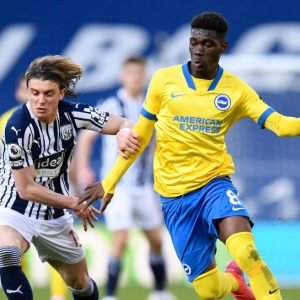 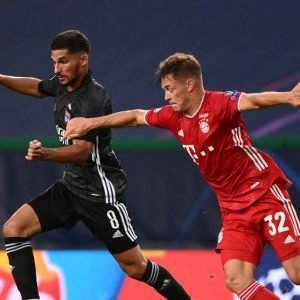