Liverpool could be in for a minor summer squad overhaul as Jurgen Klopp attempts to rebuild a side ready to compete for major honours once again next season.

One of the casualties could well be 27-year-old explosive midfielder Alex Oxlade-Chamberlain.

According to Fichajes, Oxlade-Chamberlain is ready to leave Anfield due to lack of game-time and Bundesliga supremos Borussia Dortmund could be keen on the 35-cap England man.

Also cited by BVB Newsblog on Twitter, the Reds are believed to want around £17million for their former Arsenal ace.

Unfortunately, this season has been another one struck by cruel injury luck for Oxlade-Chamberlain.

Having seemingly been ready to play an enhanced role at the start of the campaign, the man hailed as a ‘fantastic footballer’ by Rio Ferdinand, was struck by a knee problem that ruled him out of the opening weeks.

Since returning to the fold the midfielder has only managed 14 appearances in all competitions – a majority of which coming from the substitutes bench.

Holding a market value of £18million, Oxlade-Chamberlain is certainly one of the players Klopp could be looking to cash in on this summer.

Prior to the significant multiple knee ligament injury picked up in the UEFA Champions League semi-final against Roma, the man nicknamed the ‘Ox’ was an integral part of Klopp’s side and was perhaps enjoying the very peak of his senior career.

Recapturing that form has proved difficult and now could be the ideal time to move on for all concerned parties. 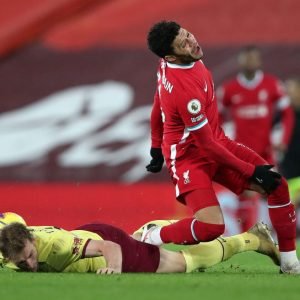 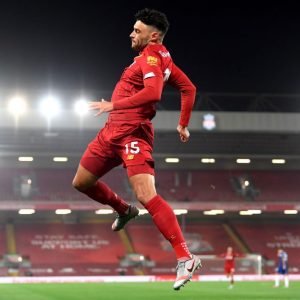