Liverpool have been tipped to pursue Borussia Dortmund winger Jadon Sancho this summer.

The Reds are reportedly ready to ‘battle’ Premier League rivals Manchester United and Chelsea for the Englishman’s signature.

This comes from German publication Bild, as cited by journalist Ronan Murphy on Twitter.

Dortmund were believed to be demanding in excess of £100million last summer when United were the main protagonists.

However, a year down the line, numerous reports have claimed the Bundesliga club would be willing to accept a cut-price fee – Fabrizio Romano suggesting die Schwarzgelben could part ways for between €85/90m (£73/78m).

Sancho, a former Manchester City youth prospect, has been a revelation in the last two seasons in Germany.

Having directly contributed to 40 goals in just 44 appearances last term, the 21-year-old has already scored 12 times and registered 18 assists this season.

Signing Sancho ahead of direct rivals would be an incredible piece of business from Jurgen Klopp and the recruitment department.

A supremely talented performer with an unerring ability to make things happen in important areas on the pitch, the Reds would benefit immensely from having the 18-cap England star in their ranks. 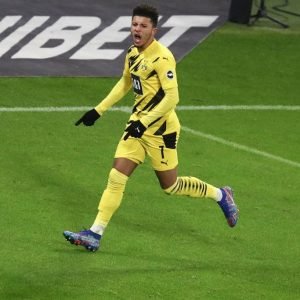 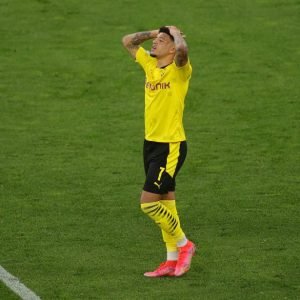