The 22-year-old was at the heart of everything that was impressive for Jurgen Klopp’s side as the marauding right-back pulled the strings from in an attacking sense.

Despite going a goal down early on when Nat Phillips turned the ball into his own net, the visitors rallied and goals from Diogo Jota and Mohamed Salah came ether side of a Roberto Firmino brace.

But, it was Alexander-Arnold’s display that stood out as the Scouser received plaudits from Carragher both during the match and on Twitter after the final whistle.

Twitter: Huge win for @LFC & great to see Bobby back in the goals! But MOM was @TrentAA whose passing was outstanding. It’s… https://t.co/bTFwN2p9c6 (@Carra23)

Co-commentator and former United defender, Gary Neville, echoed Carragher during the Sky Sports coverage: “Fully agree with that. He has been absolutely outstanding. Even in periods of the game where Liverpool haven’t been on top of his game, he was still dangerous, he was still putting crosses in.”

Alexander-Arnold was awarded an 8.20 rating from Sofascore for his performance – consisting of one assist, five key passes, two big chances created and three interceptions (Sofascore).

The right-back quite literally ran the show from his position and was by far and away the best player on a star-studded pitch.

Liverpool now have three must-win matches remaining and continued performances like this one from Alexander-Arnold will be hugely welcomed.

Was Trent Alexander-Arnold Your Man Of The Match? 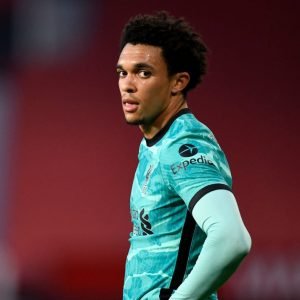 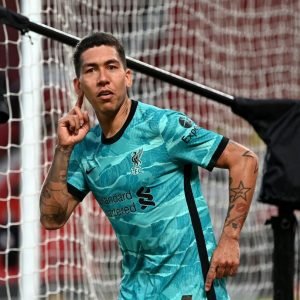