Liverpool manager Jurgen Klopp could be forced into the market this summer for at least one central midfielder in order to replace Gini Wijnaldum.

The Dutchman looks to be playing the final games of his Anfield career before leaving the club as a free agent at the end of the season having failed to reach an agreement after months of negotiations.

Despite seemingly having one foot out the exit door on Merseyside for some time, Wijnaldum has remained a vital cog in Klopp’s side and the German boss will certainly be looking to source a direct replacement.

One man who could be in the running, according to BBC Sport pundit Garth Crooks is Southampton ace James Ward-Prowse.

The 26-year-old Saints captain was named in the team of the week and Crooks has reiterated why he believes the 6-cap England man is a Red in waiting.

Ward-Prowse, in my opinion, has been Southampton’s player of the season. They will do well to keep him. He’s a Liverpool player if ever I saw one.

The former Tottenham striker went on to hail Ward-Prowse as ‘instrumental’ in Southampton’s recent performances.

This season, the man valued at £25.2million has averaged 7.25 with Sofascore across 36 Premier League appearances – contributing nine goals and seven assists along the way.

While it wouldn’t be unheard of for Liverpool to raid the south coast for a player – this is a deal that would be difficult to pull off.

Under contract at St Marys’ until 2025, there is no scope for a cut-price deal to be made and given the cultured midfielder’s aforementioned importance to Ralph Hasenhuttl’s side, it would be unlikely they’d be willing to negotiate.

Perhaps bids in the region of £40million and up would be required, albeit fully worthy of those sums in terms of ability, given the stretched finances currently – it’s unlikely Liverpool would part with those kinds of fees. 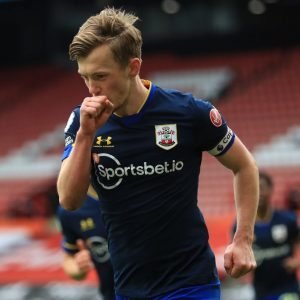 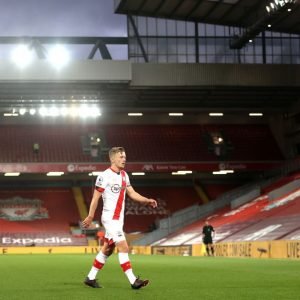