Former Manchester United defender Rio Ferdinand has claimed Mohamed Salah isn’t getting the respect he deserves after yet another superb Premier League campaign.

The Liverpool winger struck his 22nd league goal of the season on Sunday against West Brom, tying him with reportedly wantaway Tottenham star in the race for the 2020/21 Golden Boot.

That goal took Salah to 31 goals across all competitions this season – meaning the Egyptian has remained a beacon of light in an otherwise difficult year for the Reds.

He’s vying for top goalscorer again in this league and he’s not in people’s team of the season, I do not get it. He ain’t getting the respect he deserves. Mohamed Salah is a top, top, top, top player who is churning out numbers year in, year out. It’s become the norm to see him at the top of the charts now. It’s out of order!

This comes after Sky Sports MNF punditry duo Jamie Carragher and Gary Neville both saw fit to leave Salah out of their respective teams of the season.

The Egyptian has netted a remarkable 95 Premier League strikes in just 143 outings since arriving at Anfield.

Signed as somewhat of a failure following a mixed spell previously in England with Chelsea, Liverpool rather took a punt on the man now known on Merseyside as the ‘Egyptian King’.

Ferdinand is right to point out the blindness to what Salah continues to achieve, even when those around him in Jurgen Klopp’s side have struggled.

In many ways, his record-breaking first season at Anfield has gone against the 69-cap superstar it would seem – almost now a victim of his own success having been unable to reach such astronomical heights since. 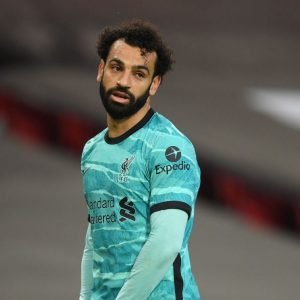 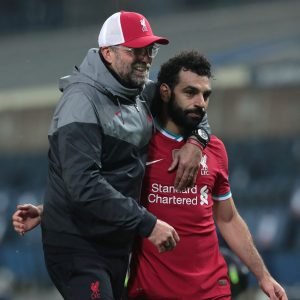