Liverpool striker Divock Origi is believed to be available for a summer transfer as Jurgen Klopp looks to reshape the Anfield squad.

The Belgian has endured a difficult campaign for the Reds – making just 17 appearances across all competitions, scoring just once in a Carabao Cup game against Lincoln City.

Despite retaining cult hero status on Merseyside, the 26-year-old’s performances have been some way below the standard required in Klopp’s side.

This dip in form has caused speculation as to whether the forward’s future may indeed lie elsewhere, especially as Liverpool look to rebuild a team ready to challenge once again.

According to Neil Jones, as cited by Watch LFC on Twitter, the club are now willing to listen to offers for the Champions League final goalscorer.

Divock Origi is for sale, and has interest from a number of clubs across Europe. [@neiljonesgoal] https://t.co/oDDJPo9Vuf (@Watch_LFC)

This season has highlighted the need for Klopp to have reliable backup options across all positions in the squad.

As things stand Origi is the understudy to Roberto Firmino as a central striker – a first choice options who failed to score in 13 appearances across the Champions League and Premier League.

Valued at £14.4million and under contract until 2024 (Transfermarkt), the sale will be no easy feat in a summer with cash-strapped clubs across Europe.

But, truthfully Liverpool need to make a deal happen.

Origi has had more than enough opportunities to prove he can be a mainstay option for Klopp – failing on numerous occasions, memorable Merseyside derby and semi-final moments aside.

When you compare the impact made by Diogo Jota since his arrival last summer, the Belgian simply hasn’t met the level.

The player himself may be on the lookout for a move having missed out on his national squad for the upcoming Euro 2020 tournament. 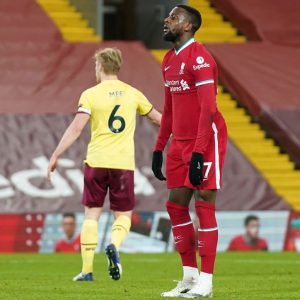 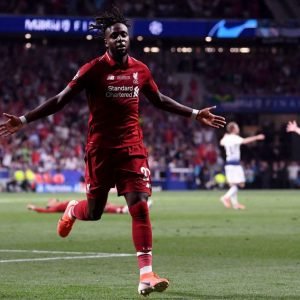