Ipswich Town are reportedly eyeing up a loan move for Liverpool goalkeeper Caoimhin Kelleher this summer.

The Irish stopper rose to prominence in 2020/21 with a string of fine displays after leapfrogging experienced Spaniard, Adrian, in the pecking order.

Making both a Premier League debut and UEFA Champions League debut, the 22-year-old performed admirably when called upon on both occasions.

Despite impressing on Merseyside, a report from TWTD, as cited by Anfield Watch on Twitter, claims the League One side could land the Irishman for the upcoming campaign.

Overall, Kelleher made six first-team appearances for Jurgen Klopp’s side – earning an average Sofascore rating of 7.20 across two league outings.

The young Reds’ stopper, an Irish youth international, was hailed as a ‘top talent’ by Klopp after Liverpool’s all-important group stage win over Ajax.

Under contract until 2022 at the club, allowing Kelleher to leave without an incoming understudy to Alisson would be somewhat of a risk.

Whilst the best thing for the ‘keepers development would be to land regular game time away from Anfield, Liverpool can’t afford to leave themselves short in the department.

Adrian’s own future is yet to be decided and first-choice Alisson Becker has an unusually poor injury record for a goalkeeper.

Outside of the trio are true youngsters, such as Marcelo Pitaluga, Harvey Davies and Fabian Mrozek.

Also, having impressed at the elite level, it’s difficult to see how a loan to League One would be the best Kelleher could manage.

Should Liverpool Allow Caoimhin Kelleher To Leave On Loan? 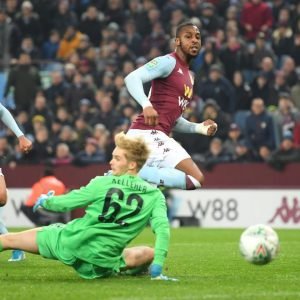 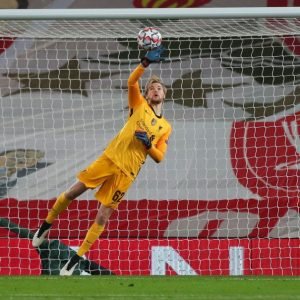